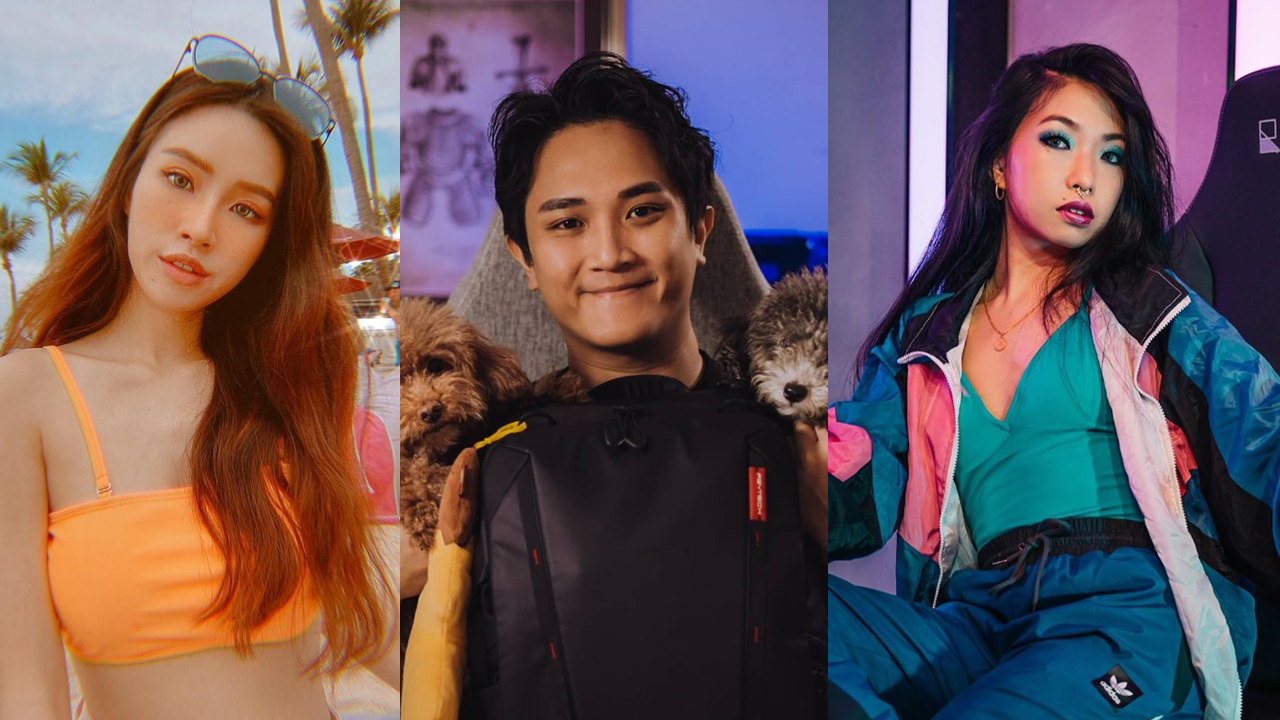 How Has Content Creation Changed Over The Years? 3 Local Creators Weigh In

Content creation is a difficult job to sell to a parent. Is it predictable? Nope. Does it provide a steady income? It depends. Does it require a whole lot of self-discipline? You bet.

Its vagueness doesn’t help either. Content creation could span across an array of roles from YouTube producer to Instagram photographer, or more recently, a camera-facing TikToker.

What does help, however, is that this new generation of content creators have an entire generation before it to thank for paving the way of what is possible and how it could be done, proving that it could in fact be a viable career.

JianHao Tan’s YouTube channel, for instance, recently surpassed four million subscribers, exceeding local mainstream media brands like Channel NewsAsia (1.03 million) and other regional favourites like Asia’s Got Talent (3.21m) and ONE Championship (2.36m). Night Owl Cinematics isn’t far behind with over a million subscribers of their own.

So, if you’re a budding content creator or aspiring to be one, is it worth the while to pursue it?

Only constant is change

As with every industry, change is the only constant, and content creation is no different.

As newer platforms emerge, new opportunities arise, allowing early adopters to build a presence without having to compete with established players on other channels.

When TikTok burst onto the scene, previously unheard-of names like Charli D’Amelio were able to amass a following – now over 85 million strong – despite only actively posting from late 2019.

In Singapore, the industry has also become a lot more respected and established than a decade ago. Besides JianHao Tan and Night Owl Cinematics, notable online media brands like SGAG and Rice Media have built companies around their successes in content creation.

Creators have also levelled up to improve on the quality of their content. YouTuber Jay Ng, most notable for his recurring role as Gong Gong on JianHao Tan’s channel and more recently as founder of up-and-coming tech channel PLUSSIXFIVE, noticed this shift in the last five years.

“Overall, I think the quality of production has changed a lot,” he said. “We see the pioneers change from shooting in bedrooms with little emphasis on production, to focusing more on the craft of cinematography.”

The barriers to entry are also much lower today than they were before. High production equipment like cameras and lights are more attainable than ever for amateur videographers and photographers, catering to a variety of skill levels.

“In terms of platforms, I think creating content is a lot more accessible now as there are so many platforms and apps to help you explore creatively to put content out there,” Jay added.

The Fight Between Numbers and Creativity

That increase in accessibility has its drawbacks, however. With the lower barriers to entry, the competition for attention is getting stiffer.

For industry veterans like Audrey Goh, who shot to fame on Wah!Banana before branching out on her own, there are also larger forces beyond a creator’s control that work against them.

“The oversaturation in the market is just a small problem,” Audrey explained. “The bigger problem is the algorithm. It’s ever changing, and with every change it becomes less favourable for content creators.”

“Instagram’s new algorithm makes it even harder for a creator’s posts to achieve higher or even decent reach for their following, affecting their account growth,” Audrey furthered. “It’s not impossible to grow but it has become a lot harder, and as we all know, making a career out of this, is after all, a numbers game.”

According to YouTube, their algorithm is “a real-time feedback loop to cater to each viewer and their varying interests.” Essentially, by recommending videos that a viewer is likely to watch, he or she will stay on the platform longer (hence, more ad revenue).

While this may sound good for creators as a collective, it often puts individual creators on the backfoot when it comes to exploring or experimenting with new ideas and formats. As a rule of thumb, it’s an algorithm no-no to if new pieces of content lack the same reception as previous ones.

So if consistency in engagement and viewership is a key component to garner a good channel algorithm score, it’s no wonder why despite the criticisms of putting out overused and dated formats like “10 Types of People You Meet”, channels like JianHao Tan are incentivized to stick with what has worked before.

Is there still a place for creativity then?

Although established channels may be bound to formats they are known for, it’s also an opportunity for innovators in the space to differentiate themselves from the old guards.

And as for established names, a neat workaround has been to create subsidiary channels that allow them to explore new formats without affecting the algorithm score of their main channel. Night Owl Cinematics has Team NOC, for instance, while Wah!Banana has Wah!Banana Too.

This, of course, comes with its own set of dilemmas and issues. Starting a channel from scratch and garnering an audience for it is a daunting task, particularly after pouring sweat and tears into the main one. As a business, it also becomes increasingly difficult to prioritise resources and manpower to build a new channel that may not be monetizable for months or even years.

“It’s not impossible to grow but it has become a lot harder, and as we all know, making a career out of this, is after all, a numbers game.”

And as Audrey pointed out, making a career out of content creation is a numbers game. Not only are creators competing with one another for eyeballs, often they are competing for the same advertising dollars.

“Even though I’m someone who doesn’t like to care about numbers, I am forced to and rightfully so,” Audrey added. “If an advertiser is paying me to promote something, I want to deliver results. That does add pressure into every posting (client or not), because ultimately, your account overall, will be affected by how your postings average out.”

So, if creators are at the mercy of platform algorithms to build their channels in order to generate ad revenue, are creators getting the short end of the stick?

Perhaps. After all, a creator doesn’t have ownership of their following, the platforms do, which places the power in the platforms’ hands rather than the creator. To circumvent that, Audrey believes that creators may one day return to owning their own platforms again.

“I think we might actually go full circle and head back to blogging,” she said. “The platforms are great, but as a creator, you are at the mercy of whatever algorithm is implemented.”

“You could be doing really well one day and with one app update, that can just change. I don’t see it happening soon, but I predict a shift towards creators having their own websites again.”

“If you don’t capture their attention within the first five seconds, they’ll swipe away. That affects the angle and way you produce your content.”

Besides dealing with algorithms, staying relevant and up-to-date with the latest platforms can also be quite challenging.

Real Talk cast member Nicole Chang Min, who also produces videos on love and relationships on her own YouTube channel, attributes the dynamism of the industry to media consumers.

“Various platforms rise and fall throughout the years,” Nicole explained. “The main difference I’ve noticed is that people have much shorter attention span consuming media nowadays.”

“If you don’t capture their attention within the first five seconds, they’ll swipe away. That affects the angle and way you produce your content,” she furthered.

Despite the growing competition for attention, Nicole believes that working together rather than against other content creators will benefit the community on a whole.

“In my opinion, the ideal way to make creativity grow is through collaborations,” she said.

“Working together, growing ideas, helping each other out instead of trying to step on each other to scale higher.”

And with audiences spoiled for choice on content these days, Audrey’s advice is to focus on consistency.

As for Jay, success boils down to putting in the shift.

“I think it’s a matter of how hard you are willing to work,” he said.

“Most people find it “hard” in the sense that they missed the wave, do not have the equipment, or that algorithms change too fast,” Jay added. “I think so long as you enjoy the process, you’ve “made it” and everything else will come as long as you continue to put in the work.”

If you think you have what it takes, Sony is giving creative individuals a chance to showcase your creativity with the Alpha Creators Photography Contest.

As we transition into the new normal, how the story unfolds is in your hands. Get your cameras ready and tell your part of the story. Stand a chance to be one of four semi-finalists who will win S$1,000 in cash prize each and move on to the grand finals.

To participate, simply follow @SonySingapore on Instagram, set your account to public, upload your photo with a caption relevant to the theme, and lastly, remember to hashtag #SonyBeTheChange and tag @SonySingapore. Submit your entries before 11.59pm on September 20, 2020.

For more information, head over to the contest microsite.

Amazing prizes and the opportunity to inspire many with your photography. Do you have what it takes to be the grand winner of Sony’s Alpha Creators 3.0 #BeTheChange contest? Join now and tell your story of our new normal. How to participate: 1. Follow @SonySingapore on Instagram 2. Set your Instagram account to public 3. Upload a change-making moment in 2020 and caption why this moment in time is meaningful to you 4. Hashtag #SonyBeTheChange and tag @SonySingapore Contest participation ends at 11:59pm SGT on 20 September 2020. Click the link in our bio for more information. #SonyBeTheChange #BeAlpha

How Has Content Creation Changed Over The Years? 3 Local Creators Weigh In

“I Never Thought I’d Get The Virus”: Account Of A 27-Year-Old COVID-19 Patient In S’pore
To Top