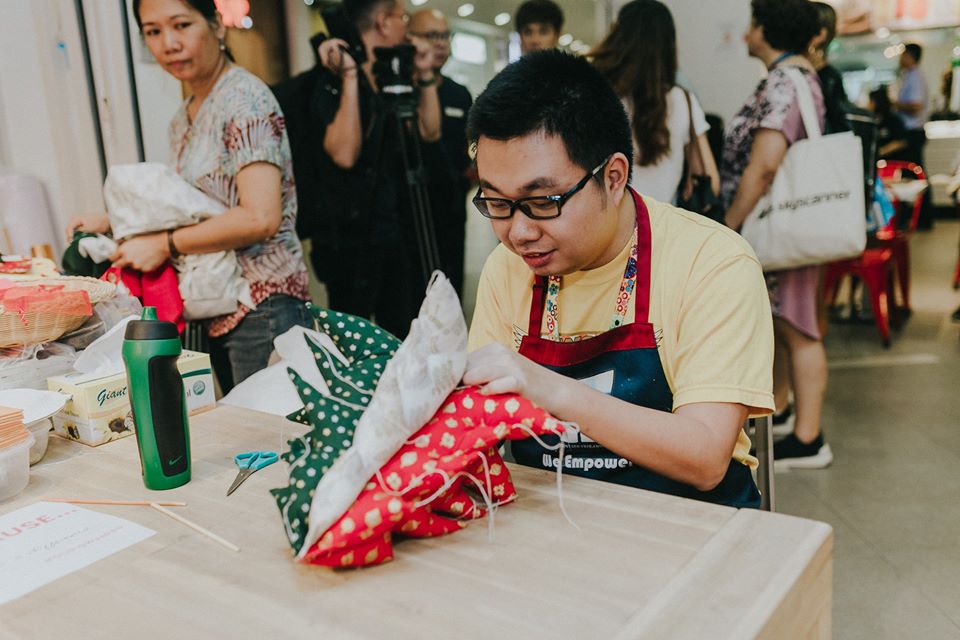 Kiasu, competitive, impatient, and grouchy. These are traits that are often associated with being a Singaporean.

Despite this negative perception of our society, I truly believe that Singaporeans are highly compassionate people. We have had multiple awards celebrating the good that Singaporeans have done, and we have heard so many stories of the people who have dedicated their time and energy into building cities of good, where we give our best for others.

Just last year alone, people in Singapore had donated about S$30 million to one-stop giving online platform, Giving.sg, with $12.2 million raised during the Giving Week season. This is just one of the many examples of how Singaporeans are actually altruistic at heart. We just tend to be too self-critical to realise it, and it’s not in us to accept credit for being model citizens.

For some of us, it may even come as a surprise to know that Singapore is one of the top 10 most generous countries in the world. This is because on the surface, it seems like a lot of us barely do anything to give back to our society.

We’ve all had the mandatory CIP modules in school. Many of us have also gone on field trips or did personal projects where we headed out and interacted with the beneficiaries. We’ve experienced the sense of fulfillment and contentment from being able to make a difference in someone else’s life, especially someone less well-off than we are.

The same sense of gratification from giving is something that so many in our millennial generation seek for in life—meaning. The majority of us have an innate desire to give or contribute to making our society better.

According to the Individual Giving Study (IGS) 2018 by the National Volunteer and Philanthropy Centre (NVPC) on individual giving habits and motivations of people in Singapore, they found that most people in Singapore have the intention to volunteer or donate in the future.

Through the course of creating content for our (MOSG) platform, I am often surprised by the amount of public-spirited reactions on our posts.

When we ran a feature of Rahman, a migrant worker who suffered severe burns, we were so heartened by the number of people who left comments on their wish to help him. Private messages  also came in enquiring on ways in which they could extend various forms of help to the individuals we’ve featured.

BUT DO WE GIVE ENOUGH?

Despite our altruistic views towards giving however, many of us still feel that we are not doing enough to help the society, and we often feel bad about it.

In an article Vulcan Post wrote about five millennials’ track record in volunteering, almost all of them revealed that they are not proud of how little they volunteer in recent years. The reasons for that largely revolve around one issue, which is the lack of time.

Singaporeans are inherently pragmatic. As an independent adult, there are so many commitments in our life to worry about. When you only have 24 hours to make a living, spend time with family and friends, and to pursue any other personal projects or hobbies, you are forced to prioritise. And chances are, the priority will be for self before strangers.

Furthermore, we associate giving with having to plan and to put in hours into volunteering at an event or with an organisation. This will seem like a big commitment amidst our perpetually filled schedules and more often than not, we put it off simply because it seems like too much work. It doesn’t help that most of us find it intimidating or are too paiseh to volunteer alone.

The other kind of giving we usually think of is monetary donations.

In the same IGS study, Director of Knowledge, Marketing & Advocacy with NVPC, Mr Jeffrey Tan shared that financial security is among the top three life priorities for Singaporeans, so “in times of perceived economic uncertainty, more Singaporeans may hold back on cash giving.”

However, while there is that, and there is still a stigma against donating money for fear of it being exploited by fundraisers, we have also seen so much generosity from Singaporeans on the many fundraising campaigns on platforms like Giving.sg.

FEAR OF GETTING TOO EMOTIONALLY-INVESTED

A friend of mine told me about how she used to actively volunteer at an elderly home. She eventually stopped volunteering due to the emotional toll of having to witness the sufferings of the beneficiaries, and the painful realisation that there were a lot more that needed to be done for them, but there just weren’t enough resources.

There’s also the question of whether one’s action does any good for the beneficiaries. In fact, besides the aforementioned reasons, the 2018 study found that 25% of former volunteers stopped volunteering because they found that the activity they engaged in created little impact or meaning.

The desire to make a difference is something that is growing on many Singaporeans. As mentioned above, we are constantly seeking meaning in what we do, and it can be very difficult for us to engage in something if it doesn’t seem to be making a notable difference.

THERE ARE MANY WAYS TO GIVE

With all that said, the spirit of giving certainly isn’t lost on Singaporeans. We just need to be more conscious of how we can give.

Giving really shouldn’t be something that is difficult as it is merely something that comes from one’s heart. It can be as simple as giving up our seat on the MRT or returning our food trays at hawker centres. These spontaneous acts may seem insignificant as we are already so used to doing this in our daily lives, but I take heart in knowing that these are micro-giving behaviours that make a difference and sets the foundation for a giving heart. This is in fact, the ethos of Giving Week’s belief: where little acts, multiplied by millions, can make a world of difference.

There are also plenty of other avenues in which we can contribute to charitable causes, especially during Giving Week 2019. For example, there are many events that are held in conjunction with non-profit organisations, and companies that have corporate social responsibility programmes, and supporting these events or companies are also ways to help.

From 1 – 7 Dec, be part of the Giving Week movement and join us at The Good Hubs and The Good Life as we celebrate the spirit of giving. Show your support by checking out the carnivals and flea markets held by various organisations at The Good Hubs here!

Businesses across Singapore will also be running special promotions and campaigns under The Good Life! Shop, dine, and live for good when you support the businesses here.

Every bit counts when it comes to doing good, so head on over to givingweek.sg for more information on the events and how you can share your time, talent, and voice to the people who need it. Together, let’s build a City of Good!

(This article was written in collaboration with the National Volunteer & Philanthropy Centre, organiser of Giving Week.)