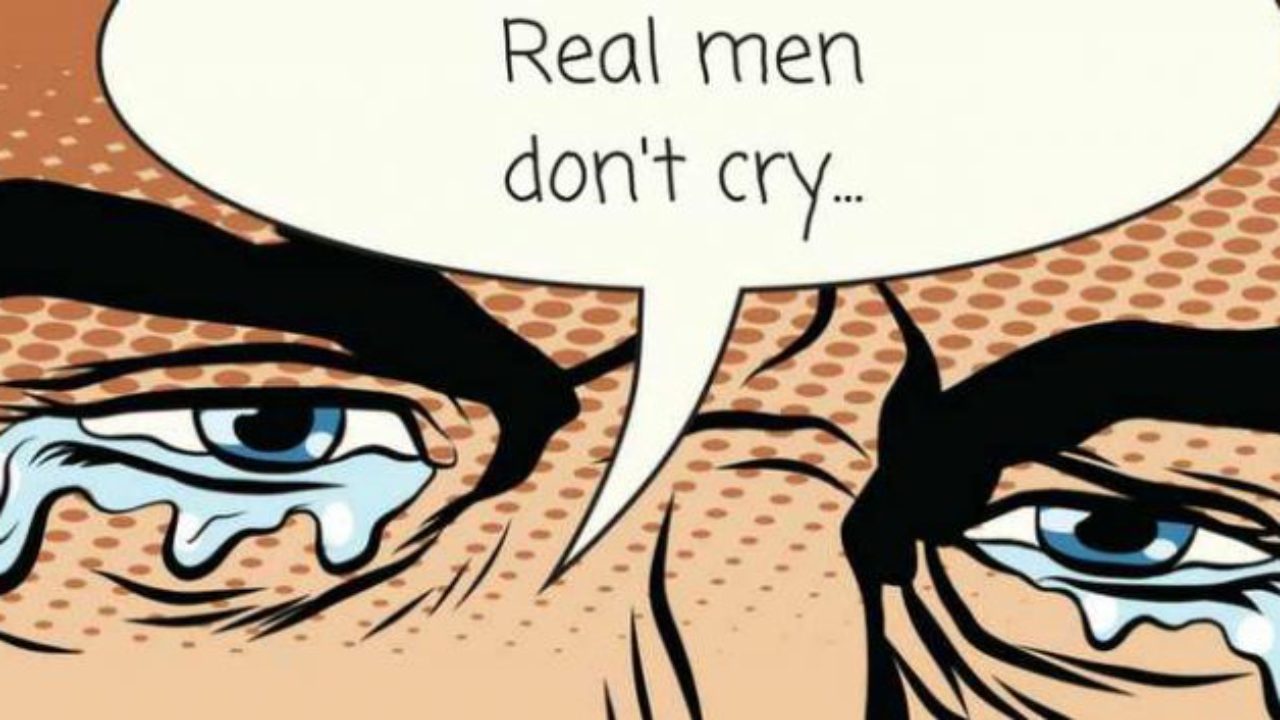 It’s a snide remark that Alan has gotten a lot of since young. It is not that he had anything against non-heterosexuals. It was simply a societal expectation to fit into the mould of a typical guy who’d do sports, enjoy computer games, and talk about the hottest girls in class, but he wasn’t that kind of person. And when you don’t fit into what society deems as ‘normal’ for your gender, it can be quite agonising as a young person trying to find a place in the world.

Growing up in a female-dominated family rubbed off of him because his mannerisms have always been quite effeminate. This, in addition to how soft-spoken and shy he is in new environments, yet expressive and overly-enthusiastic around friends, has often caused Alan to be mistaken as gay.

For the longest time, ‘gay’ has been a common label that people use to categorise guys who are too soft or feminine. For most men however, being called gay is an insult, not because it’s degrading, but because it’s a stab at their masculinity.

Despite the progressive and liberal beliefs that we are increasingly adopting, we still subconsciously subscribe to traditional traits that identify men and women. Men have always been expected to be masculine.

Masculinity and femininity has long been associated with men and women respectively. Femininity checks out for women, because the associated traits grant us the ability to be empowered and to be celebrated for our strength (as we are supposedly gentle and weaker creatures).

Masculinity, however, is a concept that has caused many men to feel the stress of living up to expectations.

Men Must Be Masculine

Women are expected to uphold traditionally feminine values like being gentle, caring, sensitive, and nurturing. Men, on the other hand, are seen as the alphas. They are expected to be strong, dominant, and tough. These are all traits that we often expect of men, and they are also traits that we see as attractive and desirable in men.

And therein lies the problem, because the need to be masculine will easily become toxic for men.

For Alan, he has gotten so used to being mistaken as gay that it has become second nature to joke about it. Nonetheless, growing up with bullies picking on him for his ‘girly behaviour’ left a mark.

“Being mistaken for something that I’m not affected the way I think of myself as I grow older.”

The way his mother reacted to him contributed to his insecurity. Once, when Alan was watching Winx Club in the living room with his sister, their mother said:

“Can you guys change the channel? This is why your brother’s turning gay.”

Alan’s mother would also often make comments like “Can you be tougher,” and “Can you don’t move like that?” These made him feel embarrassed and ashamed of himself. All these experiences in his childhood have often made him mask it with boyish behaviours like spiking his hair or even cursing.

Over time, it caused him to question his identity. It took a long time before he finally got comfortable being himself. He is just a guy who is softer and more expressive than most guys.

However, Alan’s story is one of the many of our men have but hide, because toxic masculinity is just not something that men talk about.

Toxic Masculinity Is Not Masculine

As defined by Wikipedia, toxic masculinity is when we restrict boys and men to only expressing certain kinds of emotions, “including social expectations that men seek to be dominant, and when we expect them to conform to “certain traditional masculine ideal behaviors such as dominance, self-reliance, and competition.”

Whether it’s the need to suppress emotions or to maintain a mask of toughness, these are all beliefs that I believe many of our men have dealt with, as with what Alan had gone through.

We just aren’t aware of their struggles, because men don’t talk about it—how could they?

Besides Alan, I’ve had openly gay friends who have told me about how they have been told by family members to stop being so “娘” (loosely translates to mean girly). “They always tell me things like ‘men must learn to drive manual, not auto, and must learn to do DIY homefix nonsense cos next time you will be the man of your house, etc.”

The Need To Lead And Provide

Beyond mannerisms, there’s also a very real pressure for men to be a leader and provider, or the ‘man of the house’.

We may not always explicitly say it to our men, but it doesn’t take away the fact that men have always been expected to provide, whether it is for their ageing parents, partner, or children. And the stress of having to live up to these obligations can often be suffocating.

For 32-year-old George, the stress built up when he lost his father. As an only son, he saw it as his duty to takeover his dad’s role in the family in looking after his mother and looking out for his sister. At the same time, he also had a duty to his newly wedded wife and her parents. The pressure of having to be that manly figure to all his loved ones, while juggling his own obligations at work, led him to feeling exhausted.

People don’t expect men to be weak, but when you are at your lowest, it can be very easy to feel inadequate, which was what crept up on George. Men aren’t expected to openly reveal their fears and insecurities, which was why despite feeling lost in his struggle to be that manly figure to his loved ones, George felt the need to suppress the fragile side of him. Moreover, it is his duty to protect them instead, not weigh them down with his problems.

Likewise for 27-year-old Lester, the pressure to be masculine was always present. When he was growing up, he “had a hard time trying to look cool or be cool in school, which in my head, was synonymous with being manly.”

Although Lester no longer sees the need to intentionally portray masculinity, these ‘expectations’ will always return. For instance, he will be more cautious in front of his girlfriend’s parents, because “there’s a chance that they would think I’m not ‘man’ enough for their daughter, whether it’s my job position or mannerisms.”

There’s also the pressure to excel professionally. 29-year-old John added, “in society, there’s a lot of expectations for men to be more successful than their female counterparts and I think it’s what’s holding up a lot of norms that are seemingly out of place in the 21st century.”

He explained, “for example, if a couple needs to decide who to stay home for the child, chances are it is usually the girl. People get that it’s unfair for women, but it is also unfair for men because we also have to deal with the expectations of others besides that of your spouse.”

This year, the Samaritans of Singapore reported a 10% increase in total suicides in Singapore. More importantly, suicide is more prevalent among young men.

There’s been articles written about how toxic masculinity triggers suicidal tendencies in men, and while I cannot speak for the men, I can imagine how difficult it must be to have to mask emotions and put on the front of a tough guy just because it is what society expects of you.

I can only imagine the kind of pressure that my male friends and family have faced or are facing. I only know their woes through the stories they are willing to reveal to me. However, judging by the stories I’ve heard and read, I’m pretty sure many Singaporean men have had similar predicaments at some point. They just aren’t as vocal about it because society doesn’t expect them to ‘whine’.

We’ve always encouraged our empowered our ladies to speak up and celebrated women, but we often neglect our men. In light of International Men’s Day today, let us turn our attention to our men, and be a little more empathetic about the struggles that they face, and to also celebrate them for being the pillar of unwavering strength.

From a Singaporean female to our guys, kudos to those who have managed to fight the pressure of toxic masculinity, and to have emerged more self-confident. However, if you are still struggling with inadequacy or insecurity, do not be afraid to seek help. And like what’s been preached in the many movements and causes for women: Don’t be afraid to speak up just because you are male.

Also read: I Became A Dad At 22 – Our Parents Opposed But We Kept The Baby.