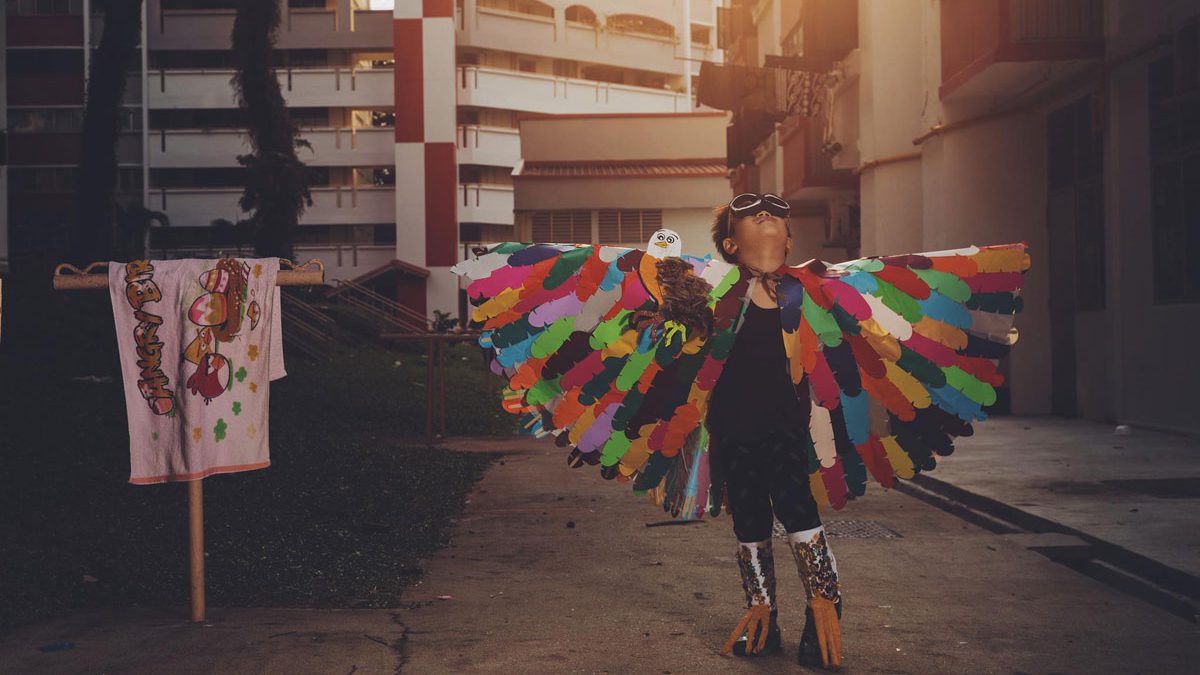 “Do you really think this will help or change anything? At the end of the day, the children are still going to go out to a world that doesn’t accept them.”

This was a harsh wake-up call for Jean Loo when she ran an inclusive art show in 2016 involving more than 80 children and youths. It was meant to be a happy experience for participants and the public to learn about special needs. After all, it was a showcase of works created by children from Special Education Schools like Pathlight School and Cerebral Palsy Alliance Singapore School.

Yet, after toiling for three months, having a special education teacher walk in and criticise the team’s intention was like being thrown into cold water.

“It makes you question the relevance of your work and the tough realities many families with children with special needs deal with on a day-to-day basis.”

Arts and creativity have always been a way of expression for Jean. But beyond that, she sees it as a responsibility to use her ability in creative arts to share stories and messages for a greater good.

After running her own content creation studio for a decade, the Singapore Youth Award winner from last year co-founded Superhero Me, a non-profit arts organisation that harnesses the creative arts to empower children from less privileged and special needs communities. It also serves as a platform to allow children with different abilities to socialise.

The Birth Of A Superhero

Her inspiration to grow Superhero Me can be traced to the first 15 children she worked with in 2014.

The first Superhero Me project centred on the theme of ‘Becoming’. Through costume crafting, the children explored the possibilities of who they wanted to become despite their social circumstances.

It was a simple project, but the bond that grew between Jean’s team and the 15 children was the catalyst that drove Superhero Me into an entire, inclusive arts movement for children, young creatives and caregivers.

Five years on, it is the little moments with the children she has worked with that motivated her to continue advocating for inclusivity in Singapore.

She shared a story about Jun Le, the first child with autism that the Superhero Me community ever worked with, and how many of the kids were a bit apprehensive of him initially. After their first interaction, everyone was able to see Jun Le as a sweet and funny boy who loves Milo.

“They made their own effort as kids to try and socialise and interact with him.”

That struck Jean: “A lot of times in Singapore, we want to be inclusive, but we’re fearful of those with special needs. Maybe we can trace it back to childhood, because we never had the opportunity to grow up with others who are neurologically different from us.”

Superhero Me also tries to bridge the gap between mainstream and special education schools, through workshops or programmes where ‘typical’ children and those with special needs can meet and interact with each other.

“At the end of the day, the mission of the work is about using art to shape how our next generation might think of each other, and more importantly, opening the minds of families.”

Considering our society’s current sentiments on people with disabilities, this is a big dream to have for an individual. Let alone through arts—a medium that is not widely appreciated by Singaporeans either.

And Jean admits that right from the start, “it was a very idealistic way of wanting to use my photos and stories to change the world.”

“It’s not about the camera or the photos, but the relationships you build.”

Jean’s passion for social advocacy work started back when she was in NTU’s Wee Kim Wee School of Communication. She dived into the works of war photojournalists who risked their lives by going to war zones and documenting an issue. Their dedication sparked Jean’s desire to pursue work that serves a social cause.

Her interest in photojournalism then grew into an appreciation of the arts. She discovered how community arts, specifically, did not just help her write about a certain community like socially isolated elderly or people in a particular neighbourhood. It also gave her the opportunity to build a shared experience and relationships with them.

“I wasn’t a doctor, wasn’t a lawyer, but that really struck something in me—that I can use what I have to make a difference.”

It’s Not That Easy To Be A Superhero

As Superhero Me is a non-profit organisation, funding is a big challenge. Thankfully on that front, the movement is supported by Lien Foundation. It was also awarded the National Arts Council’s (NAC) Seed Grant in 2017.

However, the philanthropic nature of this movement also makes human resources a constant challenge for Jean.

With her team, Jean has reached out to more than 20,000 people, and over 1,500 children have participated in the organisation’s inclusive workshops. All the facilitators juggle responsibilities of their day jobs and their work with Superhero Me, but are driven by a shared vision for Singapore to be a truly inclusive society one day.

Even with the passion that every individual from the Superhero Me community has, the reality is that we may still be a long way from achieving that.

When I probed about the not-so-glamourous side of running programmes that advocates for inclusivity, Jean shared, while stressing the importance of education, how there are instances where they meet people who are skeptical and averse to the cause.

“We’ve had parents who say that ‘oh, I don’t want my kids to mingle with those with autism’. So they walk in [to our event] and they walk out.

However, Jean takes these in her stride. “Everyone’s entitled to their own perception,” she explained. It is not in her power to ‘convert’ people who do not believe in being inclusive. Neither has it ever been her intention to do so. Instead, her hope is to open doorways for people to learn about those with disabilities, when they are ready to, and to start with the willing.

Big Dreams For An Ambitious Cause

For her dedication in creating inclusive communities in Singapore, Jean was conferred the Singapore Youth Award last year. An award that Jean was psyched to have received, as it helps to shine a spotlight on the work that the team does.

“You never do such work looking for awards, but the nature of the Singapore Youth Award helps to validate what the community has been doing. Not just me, but me representing our whole community of captains, of parents, of kids. It’s really everybody’s victory.”

One year after the award, Jean’s dream for Superhero Me remains the same: “I look forward to the day where Superhero Me will no longer be relevant.”

Ultimately, while there is no end point in this journey of inclusion, Jean hopes for a day where there will be enough support for disadvantaged and special needs children in mainstream schools. Where kids—no matter how severe their disabilities—can learn alongside their typical peers in early childhood.

However, she stressed that the problem now, is how we look at inclusion.

As most of us are exposed to people with special needs through charity, and the narrative of many charities are of the need for us to help their beneficiaries, the challenge is trying to balance the need to help and respecting their personhood, independence and ability. “It is difficult to see someone as equal if you are always expected to help them.”

“I don’t have the answer, but these are the questions that we talk about all the time. And this is something that I hope to be able to explore deeper with our kids at Superhero Me.”

The Singapore Youth Award (SYA) honours exceptional young people every year. Young people who have put their talents, energy, and experiences to work in the service of society.

This year, the 15 SYA finalists are outstanding men and women who are Trailblazers, Changemakers, and Champions. These youths have ventured on the path less-travelled and excelled, sought to spark positive transformation in our community, and triumphed over adversity to become role models.

Read more about the stories of the SYA 2019 finalists here. Vote for the story that inspires you the most and stand a chance to win Grab vouchers!

(This article was written in collaboration with the National Youth Council.)

“Fighting Is A Passion, But Also A Chore” – The Sacrifices A Pro MMA Fighter Makes Outside The Cage
“Paiseh Is Just A Feeling” – This Ah Beng ‘Ladyboy’ Will Wear Anything To Make A Sale
To Top