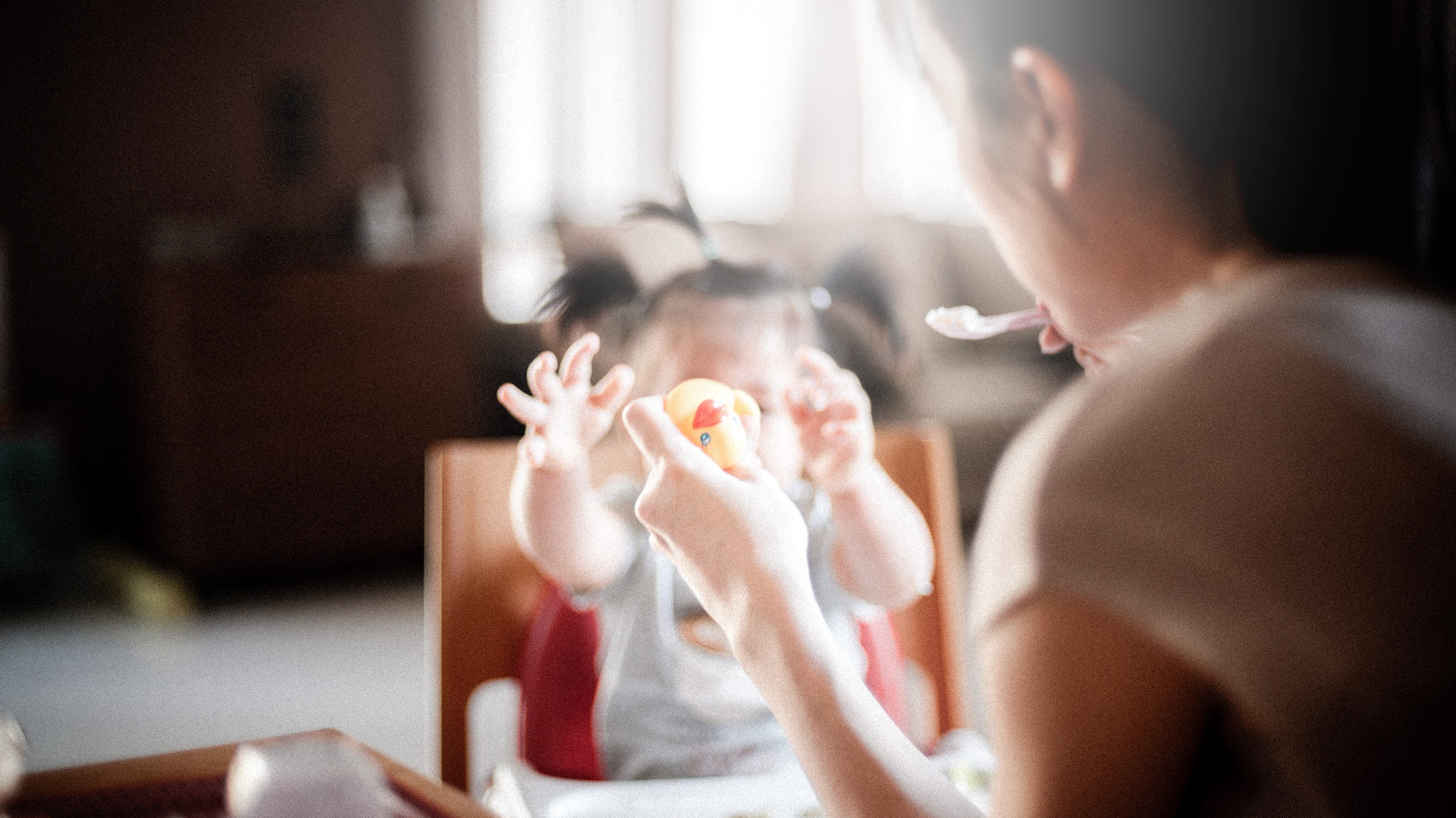 It’s terrifying to think about what would be in 10 or 20 years time.

In 10 years time, I would be my late thirties—an age where I can no longer pretend to pass off as a zeh zeh (older sister). I would also probably be constantly reminded of the youth I have lost as I play catch up to the energy of my children.

What’s even scarier is the realisation that my parents would be in their early seventies. That puts them in the ripe old age of retirement, with only slightly more than 10 years left, assuming that they live up to Singapore’s mortality age of 85.

Am I prepared for that? No. And I’m scared.

Will I Be Good Enough?

I’m scared because I don’t know if I can afford to support my parents through the financial perils of old age.

The Seedly Community conducted a survey early this year, where they found out that 81% of Singaporeans give their parents a monthly allowance. More importantly, the survey showed that out of 85 responses, 51 (60%) gave their parents less than 20% of their take-home pay.

There’s no ‘right’ answer to this as it really depends on an individual’s earning power, how much our parents need, and most of all, our individual priorities.

I’m glad that my parents never dictated the amount of allowance I have to give them every month, but I have always felt that I am not giving enough.

On one hand, it’s comforting to know that I measure up to most Singaporeans in terms of the monthly allowance I give to my parents (slightly above 10% my take-home pay). On the other hand, I feel guilty for not being good enough to afford the luxuries that my parents deserve.

Because I am only giving them what I can afford, there are often times I question myself if the few hundred dollars I give is enough and there’s always a small part of me that beats myself over not being able to give more.

A recent ad by NTUC Income perfectly encapsulates the predicament I, and possibly many young Singaporeans, am in.

Just like the NTUC Income’s ad, many of us turned out normal. We get by with hard work and discipline, but we struggle with having to make difficult decisions simply because we cannot afford The Best.

Coming from a middle-income family and having friends who come from both ends of the spectrum, I knew what were luxuries and what I should be grateful for. Most of all, I know my parents worked hard to provide.

I know I have been given the best that my parents can afford because I have never had to live a day on a hungry stomach, wear torn shoes to school, or borrow textbooks to study. We could even afford the occasional vacations.

There are so many other signs that I cannot possibly list. The fact that my parents are so still so readily available to be my safety net after 28 years is telling enough.

Because of all the love that they have poured into me, there’s this unspoken sense of responsibility that goes behind me wanting to give them a cut of my salary every month, and in wanting to support them when they are, in my eyes, in a stage of their life where they should just enjoy life.

Knowing them, my parents are the kind of people who would rather carry the weight of supporting themselves on their shoulders than burden others (their children). But I see their livelihood in retirement a responsibility I hold myself accountable for.

Some call it filial piety, a virtue that has earned a pretty bad rep for causing a lot of guilt and unhappiness. But I want to be filial not because it’s ‘right’ or because I’d feel guilty otherwise, but because I truly appreciate what they have done for me.

If anything, I feel guilty because as much as I want to be a filial daughter, I don’t know if my best will be enough.

The ‘Guilt’ Of Not Giving Them The Best

Stressful is an understatement when you are sandwiched between having to care for ageing parents and the responsibility to contribute to the ever-decreasing fertility rates (having children), while juggling the pressure of working in an ultra-competitive working landscape, and living in a place that’s internationally recognised as one of the most expensive cities to live in in the world.

The pressure is suffocating if one were to look at all the numbers.

Take for instance this chart from Moneysmart, which budgeted the potential costs of living in Singapore per month.

Let’s assume that the accommodation costs for rental are costs for house bills (utilities, internet, etc.) and for insurance instead. A ‘cheapskate’ lifestyle will set you back at almost $1200 a month.

Assuming that you earn $3,000 a month, you will be taking home $2,400 after CPF deductions. After the monthly expenditures, you will be left with around $1,200.

If you were to set aside just 10% of your take-home pay as an allowance for your parents, that will take another $240 off, leaving you with $960.

At first glance, $960 seems like a considerable amount of savings a month, but we haven’t taken into consideration many other expenses. Food alone will easily take up another $100 to $300 for most average Singaporeans, depending on lifestyle.

We haven’t included any travel expenses. Neither have we taken into consideration all the birthdays, weddings, housewarmings, and baby showers that we will probably spend more on as our generation edges into marriage and parenthood.

Even if one is highly disciplined in saving that $960 every month, that adds up to only about $11,500 a year. Which, if we look at the numbers that SmartParents put together, is enough to get us through a pregnancy with $3,500 to spare.

However, these are meagre sums compared to the amount of money you would need to spend on raising a child.

To put things in perspective, one would need to save diligently for 12 months just to comfortably afford giving birth to a child. Subsequently, the costs will continue to increase as the child grows, which by SmartParents’ estimation, will cost around $670,000 to raise one child in Singapore.

Of course, these are all estimates and in reality, whether it’s the costs of a wedding, a new home or of having children would have been split between a couple. But these are all still very scary numbers.

Which brings me back to the pressure of providing. Especially when we are sandwiched between having enough to build a family of my own and supporting our ageing parents through their retirement.

I Don’t Even Know Where To Start

Admittedly, I am sheltered, because my parents never bothered me with their retirement plans.

Nonetheless, I am concerned and wish to help.

However, I don’t even know where to start because I struggled to make sense of financial planning and of things like insurance myself. Even if I had that knowledge, it is such a difficult conversation to initiate.

Our culture isn’t one where we talk about difficult topics, like money. We don’t have the vocabulary to discuss such topics and it is because of this history that makes it hard to go “mum/dad, let’s talk about your retirement.” It’s awkward and feels a little too heavy to talk about.

Another colleague faced a similar problem, where no matter how much he wants to help his mum plan for her retirement, she just don’t seem to be comfortable enough to be honest about what she had planned.

Even with persistent persuasion to find out more, his mum brushed him away whenever he asked, assuring him that she’s got it settled. This only makes him worry more because in the event that anything happens to her, it will still be his responsibility to be there and to support her.

“I don’t need to plan for her, but at least I can put in the figures and help her project into the future, then at least, we can start now and be better prepared for the future,” he explained.

It also doesn’t help when many of us struggle with making a decent living while trying to chase our passions.

Our generation is the generation that has been brought up to believe that the world is our oyster. Many of us are dreamers or at the very least, we are a generation who do not wish to ‘settle’. We prioritise job satisfaction and fulfillment over a high salary.

That is exactly how I have led my life for the most part: Going for jobs that I feel passionate about, not too concerned about the pay I get as long as I can get by.

I lived my life in that ‘passion bubble’ and I’ve spent my youth proudly announcing my pride in chasing passion. But it was the wedding and home ownership bills that made me realise how misguided I have been. The harsh reality is that at the end of the day, money is important.

Reality of Being The Sandwiched Generation

Just ask around and you’ll realise how many young Singaporeans have become disenchanted by the reality of life in Singapore, not only because of the constant and consistent grind for money, but because we become increasingly aware of the pressure to live up to expectations; To provide.

I’ve seen how my mother had painstakingly saved up not just for herself and my dad, but also for my brother and I. And it is my mother’s financial prudence that I wish to emulate, but I don’t know if I can when everything is so expensive.

I do not wish for my inability to earn, save, or plan to become a problem for my partner or children. And I certainly do not want my existence, should I become physically incapable of caring for myself, to become a financial burden for my loved ones in the future.

Although, looking at all the numbers that is required to support my parents, myself, and my future children, I worry about not being able to achieve that.

I want to be a filial daughter to my parents and a role model to my children. I want to give my loved ones the best that they deserve, but it’s a constant struggle to know whether my best is enough.

Also read: Work To Live, Or Live To Work? Why So Many Singaporeans Feel Lost In Life.

I Almost Ended My Life 2 Years Ago
Casual Sex Is No Longer A Dirty Little Secret, But Are Singaporeans Ok With That?
To Top