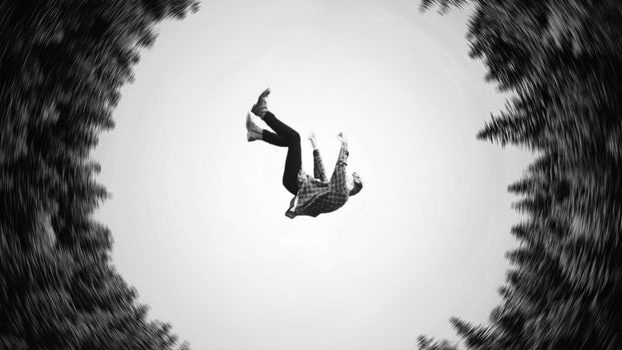 I was lying on my bed alone with my thoughts, contemplating life and thinking about what the point of living even is.

There were often nights like this, where I would touch the window grilles in my room as I contemplate ending my life. I’ve also considered many other ways to take my own life, but on that particular night, the urge I had to really end it once and for all was beyond what I have ever felt.

This time, the compulsion to jump was stronger than ever. I sat up from my bed, which is right beside the window, and looked out. I could have easily stood up, opened the grilles, and jumped out.

I just wanted to end it so that I don’t have to be in pain anymore. And as I looked down, I could imagine seeing my body six storeys down, sprawled across the ground with my head smashed open.

I fought really hard to hold myself back from jumping out the window that night. For what felt like an eternity, I sat there, and if not for that faint inner voice that told me ‘maybe things will get better’, I would have been gone that night.

This happened more than two years ago, but I still remember it so clearly.

It was a very stressful period of my life as I was juggling a lot of responsibilities in school and at my polytechnic dance club, where we were gearing up for an upcoming concert.

Right around that time, I had also just broken up with my ex. My friendship with the two other people I was closest to had started to go sour as well. Everything began to fall apart, because these were three people who made up my only support systems ever since I fell out with my family when I came out to them.

Losing these support systems made me wonder: Is there really anyone there for me? It was the catalyst that drove me to turn to suicide, since it didn’t seem like anyone was going to care.

The pain of rejection and of not being understood by anyone barely scraps the top of the turmoil of emotion which I’ve tried to suppress for a long time, and it is suffocating.

In retrospect, it was also the culmination of all the emotional baggage that I have carried with me ever since my secondary school years.

Even back then, I remember being (on hindsight) a little dramatic as I texted my goodbyes to some friends in a group chat. I was still too young to have the guts to actually do anything, but I cried for a long time after that.

I remember two friends who empathised and asked if I needed help. Then, there were others in the group who started saying things like:

‘what the hell is wrong with you?’ and, ‘if you want to behave like this we should stop being friends’.

I remember trying to seek comfort from my parents, only for them to repeatedly tell me to stop crying. Their intentions meant well, but they just didn’t know how to deal with emotions. They didn’t understand the extent of why I was crying. They probably thought that I was just sad, and they swept that night right under the bus.

And I don’t blame them for responding so passively, because that is just the way they, and a lot of us were brought up: We don’t know how to talk about emotions.

Trust the process you’re going through

It was a very dark period and every time I thought ‘wow, can things get any worse?’, things got worse. In that moment, it felt like there’s just no point to life. It also felt like whatever anyone said, nothing really got through to me.

Fortunately, I didn’t jump that night.

I held on to that small glimmer of hope that maybe, just maybe, things will be better.

In my mind, I kept trying to imagine better days. I thought about moments where I felt free and liberated, and I just tried to hold on to that. I tried to envision what could be in 10-20 years: The dream of being in my house with my partner, happy.

Those were both hopeful and depressing thoughts because of how bleak reality seemed at that point. But it helped me rationalise that maybe this is just a Low. Maybe life is just that way.

To those who are struggling: Take it 10 seconds at a time.

As much as it hurts, always hold on to the silver lining and always know that they are people around you who love you. I’ve come to realise this from a video that has saved my life.

It took me awhile to figure this out, but everything happens for a reason.

This story is written by Millennials of Singapore, as told to us by the featured individual.

In line with the Suicide Prevention Week, the Millennials of Singapore team would like to show our support to everyone out there who are fighting battles with mental health. Let us #HopeThroughTheNight as we fight against suicide.

If you are struggling, there are many resources available to help tide you through. Never be afraid to talk about your struggles, and if you ever need someone to share your troubles with at any point of time, you can always reach out to @samaritansofsingapore or call 1800-221-4444 for emotional or crisis-support. There are people available there for you 24/7.

Donated Food Gone To Waste – The Fault Of Volunteers?
The Pressures Of Supporting Our Ageing Parents, Ourselves, And Future Kids
To Top