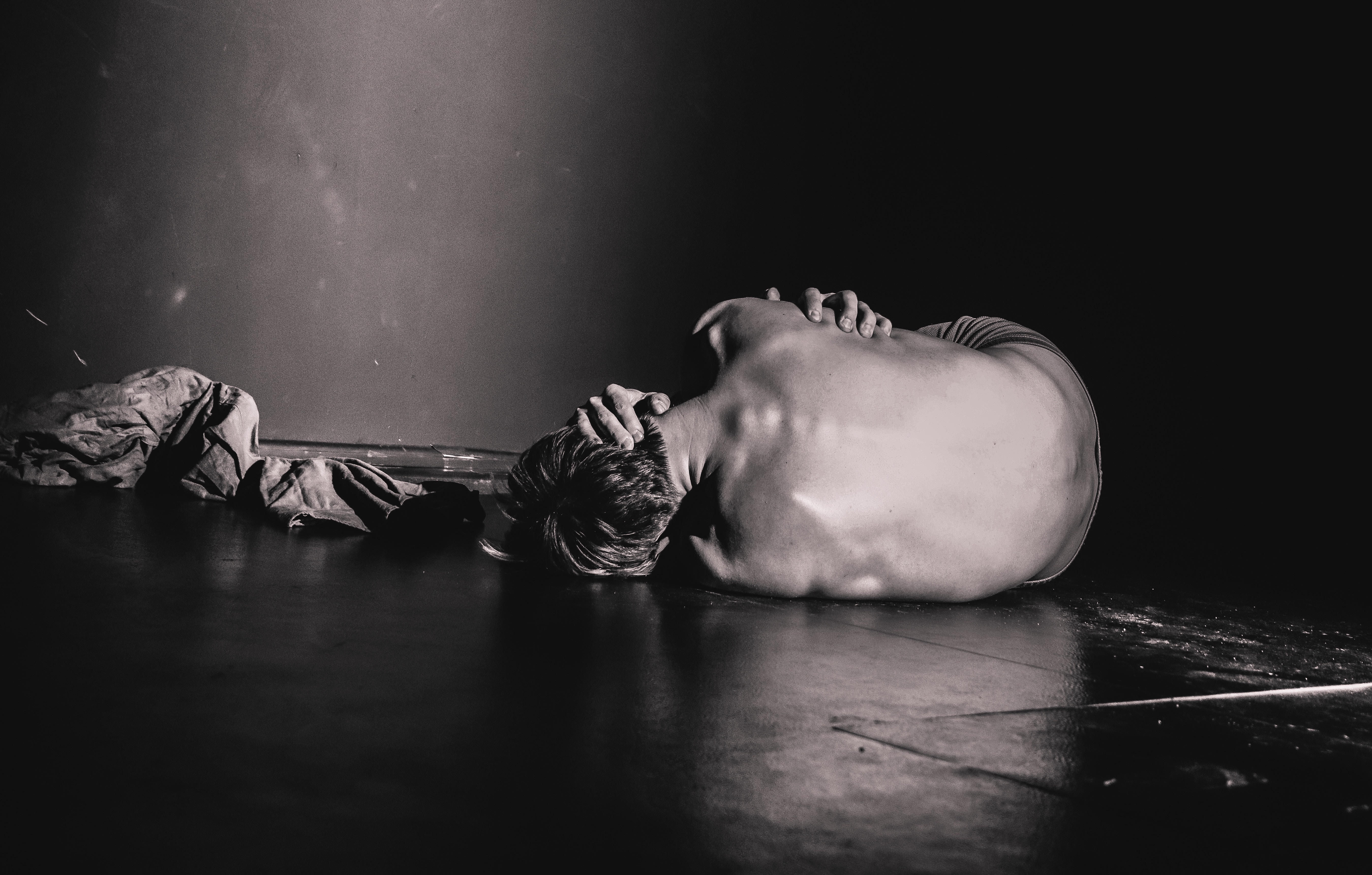 Were you drunk? What were you wearing? Why didn’t you fight back? Why did you post your story online instead of reporting it to the police? The commotion that follows the sharing of sexual assault stories makes people question the victim’s intention – is it the attention you’re looking for?

People who ask these questions often assume that sexual assault victims have control over the situation. They assume that the victim could have done something more to protect him or herself. We grew up believing that the good will be rewarded and that the bad would suffer so it is hard to accept that a completely innocent party could have such a terrible thing befall them.

However, rape and molest is more than just unwanted sex or an unwanted touch, they are a form of social violence. Sexual assault violates the most private aspect of a person and victims are often rendered helpless, stripped of control.

I would know because I’ve been there.

Sexually Assaulted … By A Friend

“Eh, my friend finds you cute. Can give your number?”

Maybe I was less apprehensive and cautious back then. I hesitated but the typical line that followed was enough to tip me over the edge – “just make friends only la.”

The 13-year-old me didn’t pick up on the red flags that came with being called ‘cute’. How naive. I should have known better, he wanted more than friendship.

I turned him down, but we continued to text. When we met up, we were mostly in big groups and always in public. Maybe being in the friend zone was his trigger, maybe it was the way I rejected him. It started with an urgent message.

“Can meet at the lab? Urgent.”

Isaac was leaning against the pillar and staring into space when I reached. I stood next to him panting, trying to catch my breath. I thought he would open up about his family problems like he normally does, but I was greeted with silence.

As I waited for him to find the strength to talk about what happened, we surveyed the school.

Suddenly, I felt a tight grip on my wrist. The cold pillar against my back was a stark contrast against Isaac’s body – blood rushing through his veins, he was warm and throbbing as he forced himself on me.

I clenched my teeth but I felt his tongue against my gums and his teeth against my lips. Struggling beneath his weight, I tried to look away, to shrug him off, but he made his size and strength known. I slumped my shoulders and squeezed my eyes shut in surrender.

His hands found their way under my skirt, brushing against my inner thighs and moving underneath my safety shorts to more private areas.

Then the bell rang, signifying the end of my break. I had to go back to class but Isaac wasn’t ready to let me go. I spit into his mouth and tried pushing him a bit harder.

“Please. I need to go back to class.”

Once I pulled myself together, I shuffled back to my classroom. A huge wave of red crashed over me. Why didn’t I try to kick him? Why did I spend so much time with him? What was wrong with me?

After that incident, I isolated myself from all my friends. How could I trust anyone? It wasn’t long before I spiralled into depression. My teachers picked up on the sudden change in my behaviour and my self-mutilation habits landed me in weekly sessions with the counsellor.

People tell me I am so damn lucky that it wasn’t rape, that my sadness and mental illness was merely my over-thinking. But I won’t consider being pinned against the wall and felt up by a trusted friend as ‘lucky’. I wasn’t raped but I was equally betrayed and humiliated. He made me dirty. No amount of soap and prayer could erase this stain.

I had promised myself that I’ll take this secret to my grave. I knew how these things unfolded. A twist of words could turn me into a harlot. I could easily be labelled a dramatic bitch who ruined Isaac’s life with a jail sentence.

My determination to keep mum was met with equal strength from my counsellor. She peeled back my layers and I eventually spilt the dirty secret. With every word I spoke, I felt a little lighter, a little better.

The sense of relief was short lived; the end of my story was only the beginning of a chain reaction I wasn’t ready for.

My counsellor told the discipline master and he told my parents. Then, the school told the police.

I was terrified about how my mother would react. However, my parents didn’t probe me further. In fact, they didn’t say anything at all.

Coming from a typical Asian home, we never even discussed kissing. Naturally we wouldn’t talk about my ordeal either. I could only guess what their silence meant. Am I lesser of a daughter in their eyes or were they disappointed in me? Did they feel like they failed to protect me?

When I have children, I’ll establish a safe space to talk about all aspects of sex. I’ll start by discussing first kisses, relationships and other forms physical intimacy at home. I wouldn’t avoid the topic of sex like it’s an unnatural and uncommon occurrence; if they ever encounter a sexual assault, they’ll know they can count on me.

The school was obligated to report the crime but I was reminded that I had a choice in pursuing this matter legally. I chose not to.

Even though I was attacked and degraded, it didn’t feel like I was worth defending. I let Isaac go because he had taken something that was of little value to me. Being 13, I didn’t understand the importance of self-love enough to treasure myself and my body.

I wanted to put the incident behind me as soon as I could but a few days later, my principal asked to see me after school.

“You’re not the only girl.”

That one line changed my mind. I didn’t see a need to seek justice for what I went through but God forbid he does it to another girl. I just wanted to move on but how could I let him get away with what he did to other girls?

It’s difficult to love yourself when you’ve been violated, but I didn’t want anyone else to suffer, hence I agreed to a further investigation.

I made 3 separate trips to the police station where they confined me to a small room with a different police woman each time. I had to repeat what happened 3 times to strangers. Each time brought that nightmare back to life and each time felt as invasive as the actual incident.

The last questioning session lasted for 2 hours. It was so emotionally tiring by then. My brief description couldn’t satisfy them. When I left out details on purpose, they’d ask questions to fill up the gaps. It was like reliving the experience over and over again.

Life After the Nightmare

People jeer at girls who share their #MeToo stories on social media. They say it’s a shout for attention and that girls should just report it to the police instead.

They don’t understand how reporting your attack doesn’t guarantee justice; many perpetrators just like Isaac only get away with a warning. Even if you were willing to pursue the case, your anxiety will make it impossible to talk about the 15-minute attack for 2 hours in a confined room.

These people who call you attention whores don’t understand how hard it was to believe it wasn’t your fault; by the time you found courage to fight your attacker in court, the incident would have been too long ago to make a case out of it.

It’s just so much easier to be honest with strangers online than with our kin and kith. Writing this article was easier than hearing my discipline master tell my mother what happened to me. For some of us, sharing the nightmare in a tweet or Instagram post is the only form of justice we will ever get.

Keep sharing your stories of survival because it’s also how we can empower each other – those who suffered from sexual abuse and those who might suffer the same fate in the future.

This month will mark the 4th year since it happened.

It took me a long time to arrive at this conclusion: Not having the strength to fight back isn’t an excuse for someone to attack me. Being friends with him wasn’t an opportunity to touch me.

To whoever has been violated, I hope you know that you’ve already survived the worst. Healing is the easier part.

STORY IS ADAPTED FROM AN ORIGINAL RECOUNT SHARED TO US.

Also read, I Bared It All For You But It Was Barely Love

A Letter To The Singapore Government, From A Young Singaporean
“Everything Felt Like The End Of The World” – The Changes 10 Years Can Make In Our Lives
To Top