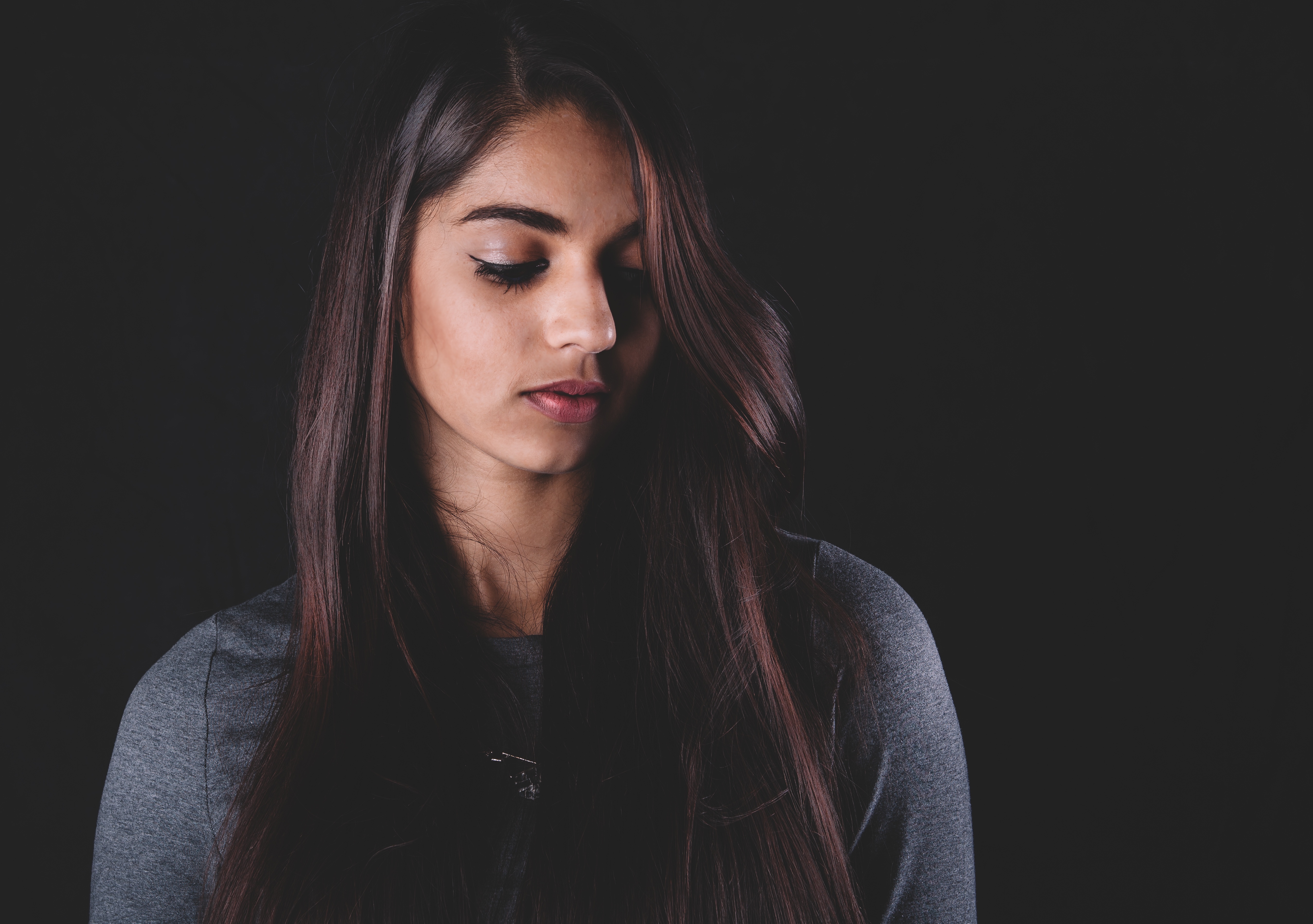 Singapore is known for being one of the safest countries in the world. However, nothing (or no place) is perfect. Like the tag line we all know by heart, low crime doesn’t mean no crime.

While countries like the US are rife with stories of everyday instances of sexual harassment, this is not all that unusual closer to home, right here in Singapore; we just don’t hear about them as often.

We see stories of cheekopeks on our news feeds every so often. Recently, a female NUS graduate was sentenced to jail for filming unsuspecting victims in a gym’s changing room. There was also the instance of a man trying to film a woman secretly on the MRT. While some cases make the news and make headlines, many other instances of sexual harassment go unreported and are left untold.

We reached out to Singaporeans and asked if they’ve ever had a run-in with a cheekopek and we were surprised by the response. Only 3 of the 21 people asked said they had never had such an experience. With the promise of  anonymity, here are some of the personal accounts of people who’ve experienced or seen sexual harassment first-hand.

TRIGGER WARNING: This article contains information about sexual harassment which may be triggering or uncomfortable.

I was studying at one of the study tables at Jurong Library. There was a middle-aged man who looked a bit pai kia, sitting opposite me at another table.

He kept his fanny pack on, took his time to fish out his mobile phone and put it on the table before opening a book to read with just one hand. No problem with that. But I looked up a few times and found it funny that he was reading his book upside down.

“He tried to take photos of me discreetly”

I was in the train on the way to work one morning and there was this guy sitting opposite me, holding up his phone in my direction. It wasn’t very crowded and I could clearly see the reflection of his phone on the train window – he was trying to take photos of me discreetly. I glared at him and he stopped.

I wasn’t even wearing anything revealing, so it’s even more disgusting to think that I could be a target like this.

“They took advantage of ‘Free Hugs’ and touched our breasts”

I was about 16. A group of us (guys and girls) were giving out free hugs at Orchard Road during Christmas eve – complete with our Christmas hats and big “Free Hugs!” placards.

Back then, the crowds at Orchard Road on Christmas eve were overwhelming. There were policemen stationed along the streets for crowd control. There were even barricades to prevent people from spilling onto the roads.

We were all having a lot of fun. Then there was this group of men who came up for our free hugs and photos. But when these men posed for the photos, they put their arms tightly around me and they had their hands on the sides of my breasts. It really sickened me that they were taking advantage of this jolly occasion to molest me. It was extremely packed then, so nobody could really see what we were each doing. I shook it off as we were there to have fun.

It was only after we started talking about our experiences on the way home that we realised it wasn’t just me, but all the girls in the group had been molested by that same group of men. It’s just a disgusting thought and I felt quite ‘dirty’ from that experience.

A few years ago, I always took a certain bus to Bishan and I saw the Bishan Gay on the bus quite often. He always gave off this suspicious vibe. He liked to sit near the entrance of the bus and check out whoever’s boarding. He’d outrightly eye his targets from top to toe and smirk. I often saw him recording his targets on his phone too.

There was this one time when I was standing facing the exit doors of the bus, and there was a lower secondary school boy in front of me – the Bishan Gay seemed to have a thing for lower secondary boys, maybe because they wear short pants.

Nearing one of the bus stops, the Bishan Gay walked up to that exit door, smirking at the boy as he did so. When he stepped out, he just stood there facing us, smirking while eyeing the secondary school boy up and down. He stared at the boy all the way, even when the doors closed and the bus drove off. It was so creepy and I felt sorry for that boy.

“We were stalked by a guy for a long time”

A girl friend and I were walking home and we noticed this guy following us. We got nervous as we were still quite far away from home and it was late at night. It became very obvious that he was stalking us, so we made our way to this mama shop nearby. We made rounds in there hoping that we would shake him off, but no, he followed us out.

By then, he had followed us for quite a long time and we were getting really scared. It was dark and there wasn’t anyone around. It wasn’t until we bumped into a guy friend and asked him to walk with us that the stalker went off.

On hindsight, there was more that we could have done but back then, we just didn’t think of it. It was a scary experience.

I’ve had a few personal encounters.

I was molested twice at an event, both times by foreigners. It happened really quickly and both guys touched my butt. I didn’t know how to react and they just laughed it off. Some of my guy friends said, “Aiyo, it’s normal for angmoh [to do this] one la.” However, it really doesn’t feel good to be molested at all, much less have my concerns be brushed away because ‘it’s normal’.

I was also touched by my own ‘friend’ before.

I went through a terrible break up and my good friend, who happened to be a guy, offered to be a listening ear. Since I saw him as a good friend and really needed to talk to someone about it, I headed over to his hostel to look for him.

I cried a lot and got very tired. He asked me if I wanted to lie down to rest for awhile, and I did. As I was resting on the bed, I felt a hand going up my pants. I thought I was dreaming for awhile, then as I shifted my body, I heard him say, “I’m sorry, I didn’t mean to.”

He had taken advantage of my vulnerability and tried to make a move on me physically. I didn’t dare to share this with anyone because I was afraid people would think that I was at fault since I went over in the first place.

“This weird uncle was pressing his genitals against my knee”

I was sitting at the seats on the bus facing the middle aisle, and this weird uncle was standing in front of me, facing me and pressing his genitals against my knee. The bus wasn’t even that crowded but he kept acting like someone behind him was pushing him towards me. I felt so violated. When I shifted, he adjusted his position and pretended nothing happened.

There were a lot of people around but no one helped or said anything. If it were me today, I would have kicked him.

I stay in a condo and once, when I was entering through the side gate to the estate, I held the door open for this guy whom I thought wanted to enter too. As I stood there and waited, he whipped out his d*ck suddenly and I was like, ‘oh okay’. I just walked in and closed the gate, and I saw him scurrying away while zipping his pants.

“He was brushing against my ass”

Earlier this year, I was in the train and it was a little crowded. As usual, everyone on the train was standing close to each other. Then at one point, I felt something brushing against my ass. I looked up and saw the reflection on the glass of the train door. This guy standing behind me was in a weird ‘leaning back with pelvis out’ kind of position, looking down, half smirking. I tried moving away, but he kept coming closer every time I did.

I finally couldn’t take it and alighted at the next stop. When I stepped out of the train, I realised he had more than enough space behind him to move backwards, but he didn’t.

This experience made me afraid to take the train for awhile really. I felt super disgusted and violated. I would have confronted him if I wasn’t too freaked out to react.

“He pressed his boner against my butt and started grinding me”

Two years ago, there was a road block along the whole Orchard Road for a festival. Someone touched my butt and I thought it was by accident since it was so crowded. But this guy just kept moving closer to me and continued stroking my butt. Every time I moved away, he followed. At one point, he started pushing his body up against mine. I felt his boner pressed up against my butt, then he started grinding me. I felt so disgusted. I turned around and took a good look at him but he just had his eyes on the stage.

My friend was so angry on my behalf and just kept glaring at him up and down. Then she pulled me to get the security on patrol. I told them what happened but by then, the guy was long gone.

My friend was relentless though. She remembered what he wore and searched through the sea of people. We eventually found the pervert and called the police on him.

It took a while for the whole thing to sink in – that I was physically harassed and molested. I always thought this kind of thing wouldn’t happen to me.

When I see ads from SPF saying not to stay silent about such matters, I’d think to myself that if it ever happened to me, I definitely would not let the guy go quietly. But when it really happened, it got me in a state of shock. I wasn’t traumatised but my mind just couldn’t comprehend what had happened.

Not all men are sleazy and bad, of course. But given that it’s not unusual to encounter a cheekopek here, we should all be more aware of our surroundings. Not many of us will know how to react when caught in this unfortunate position ourselves, so next time you notice someone being harassed or targeted by a pervert, do your part and help them out!

And to those who’ve been a victim of these cheekopeks, we’re with you.

I Became A Dad At 22 – Our Parents Opposed But We Kept The Baby
My Sexuality, My Right: “A Stranger Wanted Me To Apologise For My ‘Lesbian Appearance'”
To Top