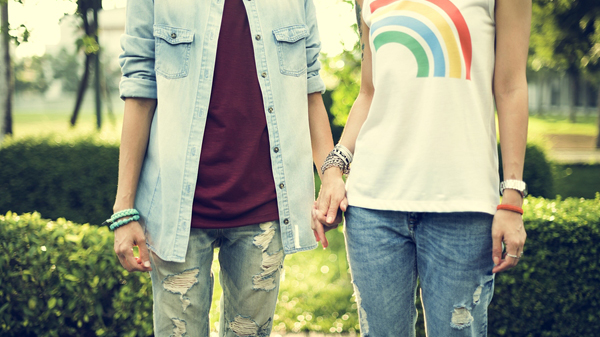 “Remember Sodom and Gomorrah? And how they were punished because the people were so sinful?”

“Of course. Cities of gays and fags. The result of Pink Dot succeeding.”

There is some laughter around the table. This is during a cell group meeting. I attempt to interject.

“Well, they were rapists. You cannot overlook the fact that they wanted to gang rape the two visitors – who were actually angels – in Lot’s house.”

“Yeah, but the rape is secondary. The angels were disguised as men and they wanted to rape the men. So the main reason is because they were a bunch of homos.”

Another cell member adds, “Actually, I think the real issue here is why Lot offered his two daughters to the gang-rapists…” and the discussion shifts towards this statement in which it is much more obvious why it is problematic. I am still listening, but I sigh inwardly.

Such an episode is just one of the many instances in which I’ve come face-to-face with the hidden strand of virulent homophobia running within my church. I say hidden because my church does not openly promote an anti-LGBT campaign like Pastor Lawrence Khong of Faith Community Baptist Church; rather, LGBT issues are rarely spoken of in my church. Nevertheless, it occasionally bubbles up, revealing an image of simmering, virulent hate.

Now and then, there are those few sentences in the sermon where LGBT rights gets lumped in with ISIS and Syria as the moral challenges faced by Christians today. There are the moments during cell group or Bible Study where homosexuals are unanimously denounced as those who will “go to hell” because “it is stated as a sin in the Bible”. There are the snatches of gossip among my peers in church about finding the son of a prominent church member on Jack’d (a dating app for gays) while they were browsing it to see “how f***ed up it was”. And inevitably, whenever Pink Dot rolls around for its weekend in June, half the church shows up on Sunday dressed like MPs, with the affirmation by the worship leader that “it is good to see where our church stands”.

It goes without saying that such moments make me uncomfortable. Not because I am a deviant destined for hell, but because of the ease with which a community of otherwise friendly people can turn into furious church militants, baying for condemnation, just on the subject of a person’s sexual orientation.

There are fellow church-goers I have talked to whom, for all of their dedication organizing church activities and running Sunday School for children, have spoken unblinkingly about playing a part in bullying classmates who were perceived as gay back in school – and who could laugh about it. One of them even declared, “If I found out my son was gay, I would beat the gay out of him. Seriously, having a gay son means you have completely failed as a parent.”

I tried asking one of the pastors later, “Surely there are LGBT people who are Christian too. Isn’t it unfair to think that they will be condemned for it?” To which he replied, “If they are Christian, they must give up their deviant lifestyle and be straight again. If not, they cannot have their salvation.”

I still go to church. It is difficult to stop when your family attends it as well, and your father holds a prominent position within it to boot. Tongues will wag and gossip about a family member is by far one of the most damaging things for someone working in the church. Given that my father is the sole breadwinner of the family, the general anti-LGBT stance of the church, and the fact that I am the eldest son, there is a real fear that there will be disastrous consequences for my family if I come out or am ever discovered.

Still, I consider myself fortunate. I have a handful of friends outside of church whom I’ve opened up to regarding my sexuality, and who give me great support and the space to really be myself. But the main reason, I suppose, for why I have managed to escape the more serious discrimination my gay friends face, is because I am bi.

Why being bi comes with a set of privileges in Singapore

At this point, it is essential to point out the differences between being gay and being bi. Much of the LGBT discourse here often conflates both sexualities and this often leads to misconceptions, even among the LGBT community. Some bizarre questions I have been asked by the friends I’ve come out to include:

“So you can like, choose who you wanna get turned on by?”

“Will you eventually decide on a single gender?”

“Are you sure you’re not just going through a ‘gay’ phase?”

For a while, while I was still unsure, I said yes to that last question. But eventually, I realised that it was difficult to call it a “phase” since it’s been going on since I reached adolescence a decade ago.

I am attracted to both guys and girls. What else can I say?

I exist in the spheres of heterosexuality and homosexuality simultaneously. And because of this, I have the privilege of being able to have a normative heterosexual relationship, while my gay peers are denied legality and status in their relationships. I will admit, there has been more than one occasion where I would use the hetero aspect of my sexuality to hide the homosexual aspect – i.e. putting on a “straight” front while catching up with my male friends, talking about a girl I genuinely found attractive, while appreciating how one of the guys served as great eye candy. The same goes for when I am in church.

Some days, I feel my bisexuality is a blessing, but there are also days when I feel embarrassed and like I’m a sham. Sometimes, I wonder if it is even accurate to say that I can identify with the LGBT crowd. As one of my gay friends bluntly put it, I have an “escape option” within our conservative society, and it wasn’t without a tinge of envy that he said it.

“You can choose not to come out you know? Especially if you get into a relationship with a girl.” It was a statement that made me very uncomfortable. For in a sense, it was true; on the surface, everything would look normal. Everything would be socially acceptable. My family and church would never have to know. I suppose it would save me and my family from an ugly fallout.

It’s not a choice

Even so, I cannot hide the homosexual side of me, and neither can I deny it. People may disagree and I am perfectly fine with that; I just do not see self-denial or self-effacement as the solution. As cheesy as it sounds, I believe I must be true to myself. I simply cannot fathom pretending this side of me does not exist.

The same goes for my attraction to women, despite my friend’s insistence that “you’ll eventually choose once you have had enough sex.” I just happen to be wired this way. Perhaps it is in part because of my resolve not to be pressured into fitting in a “gay” or “straight” box, and in part, a fear of being discovered that I haven’t been able to commit to any kind of relationship so far, be it with a guy or girl.

What we really need is acceptance – acceptance of who we truly are. Privately, I support the Pink Dot movement, but with so much social pressure and religious intolerance working against us, I am pessimistic about anything concrete being achieved. For now, I shall just have to be content with that small freedom I have among my closest friends, for I am not strong enough to face the consequences of coming out yet.