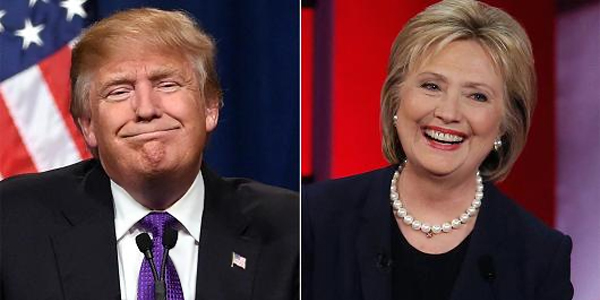 Yesterday, Donald Trump was elected President of the United States.

As he took to the podium to deliver his victory speech, we grimaced, waiting for him to once again blunder and say something stupid. We wanted him to prove to us and to those who voted, once again, at this important moment, that this man before us wasn’t the right guy for the job.

Alas, he didn’t–not that it would’ve changed anything.

When the applause died down, the parody became real. This political freak show came to an end, and with it, the worst of endings.

This racist, sexist, homophobic, narcissistic, volatile orange human being, this man who was against everything that is modern America, this man with no political experience whatsoever and who’s also been dubbed–not inaccurately–the Hitler incarnate, was now the most powerful person in America. We had gone from Obama to Trump (and Michelle to Melania).

…what the f–k is happening?

America was doomed. In that moment, the world suddenly became a very different place–a much, much scarier one.

Everyone lost their shit on Facebook. Every news and lifestyle outlet showed how clearly devastated they were by the outcome. Celebrities tweeted and Instagrammed their disappointment. Memes spread like wildfire–even the tone had shifted in some of them. Singaporeans too reacted to this horrifying outcome, and anti-Trump posts and thoughts were being born a post a second.

One of the first things we started shooting at was American intelligence; a Trump vote was a dumb vote. “Americans are damn stupid”, “this world is full of stupid people” we told each other or broadcast to our social media.

We thought we had the Trump voter pegged. We assumed, and with great confidence, that he was some uneducated bum (probably white) who responded well to, well, crazy. People too dumb to even realize how dumb they were.

That’s exactly what I thought.

Because this was not the decision of thinking, rational-minded people. This was clearly the act of stupid. I thought democracy was broken and that if stupid people were given the power to make important decisions for everybody, we’re all doomed; the world is crawling with stupid.

In my state of total confusion, I took to the Internet, trying to find an explanation for this lunacy and after reading Michael Moore pin it on a disenchanted working class, threatened white men, and on Hillary and how she didn’t inspire enough enthusiasm for Americans to inconvenience themselves and vote (or bring a friend to do it with), I came upon this article. In it, the author writes about an urban versus rural conflict, how the city people treat the rural “freaks”, ignoring them and their welfare. Basically, about how the Trump vote was a Molotov thrown at the elite.

At first, I wasn’t sure how legit this article was because what was described in it was so far removed from the America I imagined.

And then it occurred to me: What the hell do I really know about America?

Until this year, I’ve never followed the American elections. As I was watching the live election broadcast, I asked “Who is Johnson?!”. I have no idea what the difference is between a Democrat and a Republican and what, there’s also a group called ‘Libertarian’? The thing I’m most well-versed in about this election is Donald Trump.

I’m willing to bet that I’m not the only one, and yet so many of us chimed in.

What the U.S. is and is not

The U.S. election isn’t an entertainment story, even though at many times and in many ways, it does feel like it. This is real life. This is a decision made by people who have real stakes in the matter. Whatever happens to us is just a side effect of it.

Even now, nearly all the stories in circulation condemn Trump. The people who chose Trump remain invisible, and their issues, silent. All we see is Trump. All we hear are Trump’s offenses on repeat. All we know is America is angry.

And who are we, Singaporeans, to question it?

America chose, so let’s respect it

At the third presidential debate, Trump was asked if he would accept the election results once the votes were in. To that, he infamously refused to answer, saying “I will look at it at the time” and “I will keep you in suspense.” And yet, as we browse the news today, from protests to #Calexit, it’s the reverse that’s happening. Trump has accepted it, and its everyone else that hasn’t.

We Singaporeans have our fears–What will happen to us? What will change? What will remain the same? That’s it already, die already. But at the end of the day, it is not about us. This was about America. If America is broken, America needs a government who will fix it. America voted who they saw best fit for the job, and they chose Donald Trump. And we would do well not to undermine that choice, unsavoury as it may be.

Read Next: The 2016 Election Result – A Wake Up Call For Everyone