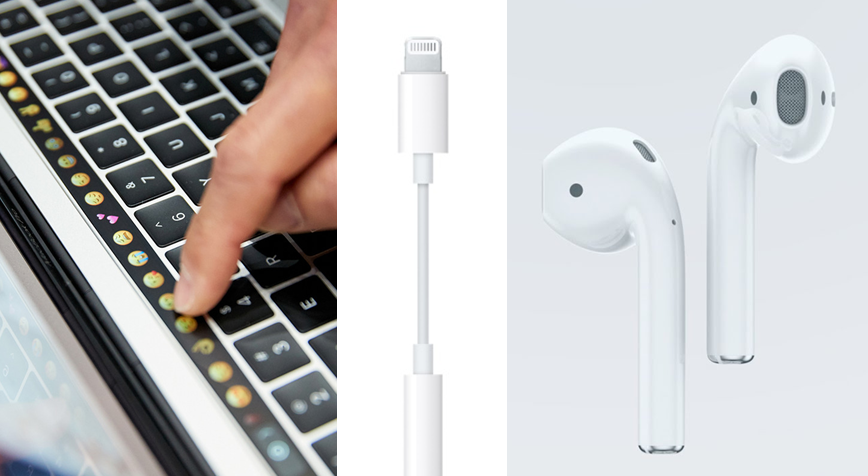 Samsung may be in some pretty serious trouble right now for their next-generation explosives, but let’s not let the other smartphone giant off the hook – Apple.

Oh, Apple, what happened to you? Remember when you were relevant? Me neither.

I kid. I do remember. I remember owning an old iPod Nano, and getting an iPhone once I got out of slavery… Um, I mean the Army. Apple products used to mean something to people, something special. Not anymore.

To identify what went wrong, let’s first look at what went right in the first place.

The iMac was what gave Apple its start, but what really turned the company into an industry giant and put Apple products on the map – and on the top of people’s wishlists – was the iPod.

Apple’s iPod was not the first MP3 player on the market, but at its time, it was by far the best. It blew away the competition with its enormous storage capacity, compact form factor, solid build quality, and ease of use. Shortly after, the iTouch revolutionized touchscreen devices, and the iPhone added a phone on top of all that, and the rest is history.

Sadly, Apple’s reign is about to come to a crushing end, and here’s why.

In Apple’s heyday, one thing that set their products apart from their competitors was their build quality. The solid, polished, metal alloy casings of Apple products then were far superior to the cheap plastic casings of competitors.

Then the competition caught up.

Today, every phone feels like an iPhone, with phone manufacturers from Samsung to Oppo ditching cheap plastic for high-quality metal alloys and polymers. The “Apple = Quality” connection had been severed, and Apple has since lost that edge.

“The thing I love about Apple products is their reliance on iTunes” is a sentence you will never hear anyone utter.

iTunes is a despicable abomination that has driven many consumers away from Apple products, and into their competitors’ flexible arms. Yet for some reason, Apple insists on keeping iTunes just the way it is.

What iTunes does is essentially restrict the transfer of data between your phone and computer. Where Android phones allow users to transfer files freely as they would with any other USB device, iOS devices require that one’s phone and computer libraries be “synced”. What if you want to grab some files from your friend’s computer and transfer them to your phone without screwing up your whole library? Nope, can’t do that. What if you want to add one song from your computer to your phone? Better update that stupid iTunes and sync your whole damned library.

And there is no way in hell I’m forking out money every month for that Spotify rip-off Apple music.

Greedy, and out of Touch

Apple is a corporation, and corporations run on greed. We get that. But Apple doesn’t even bother trying to hide their greed. Incidentally, their objective seems to have shifted from giving consumers what they want and gaining new supporters, to gouging as much money from their existing supporters as possible.

The new MacBook Pro 2016 features a space-wasting touchscreen panel that everyone is just going to use for annoying emojis, and new USB-C ports that are completely incompatible with almost all existing USB devices unless you purchase expensive peripheral adaptors.

Apple recently announced a slight price drop to the USB-C adaptors, but seeing as how they are basically an absolute necessity and an infuriating hassle, I wouldn’t get the new MacBook even if the adaptors were FREE.

Look, I understand what you might think they’re trying to do. As industry leaders, they’re taking it upon themselves to innovate and move technology forward by forcing the market to adopt newer, better technologies like USB-C. Unfortunately, they’re going about it all wrong. Early adoption of new technologies has to be gradual, to give the industry time to transition away from old technology. By forcing new tech down their consumers’ throats, many of whom still own perfectly functional USB devices, Apple is pushing its fans away, and alienating possible new ones.

A smarter approach would be simply to provide options. Perhaps have one USB-C port, and leave the other USB ports alone. Maybe have a premium version of the MacBook with all USB-C ports, for willing early adopters, while everyone else can choose to buy a MacBook with traditional USB ports. Flexibility.

The same consumer-gouging approach can also be seen in the iPhone 7. Want to plug in your earphones to a headphone jack? Oops, we left that out. How about you give us more money for an adaptor? Or perhaps a pair of flimsy wireless earpods that you’re probably going to lose in a week? Want to use your earphones while your phone is charging? Sorry buddy, not possible. Give us money, we’re innovators.

Apple needs to learn that their consumer base does not consist entirely of 15-year-olds who care only about fancy-coloured cases, selfie cameras and emojis. They need to respect their customers, get in touch with what people want, or see their empire crumble faster than a Galaxy Note 7 factory.

How To Tell If Your Platonic Friendship Is Really Just That–Platonic
The University Experience – It’s Not Just About Getting A 5.0 CAP/GPA
To Top