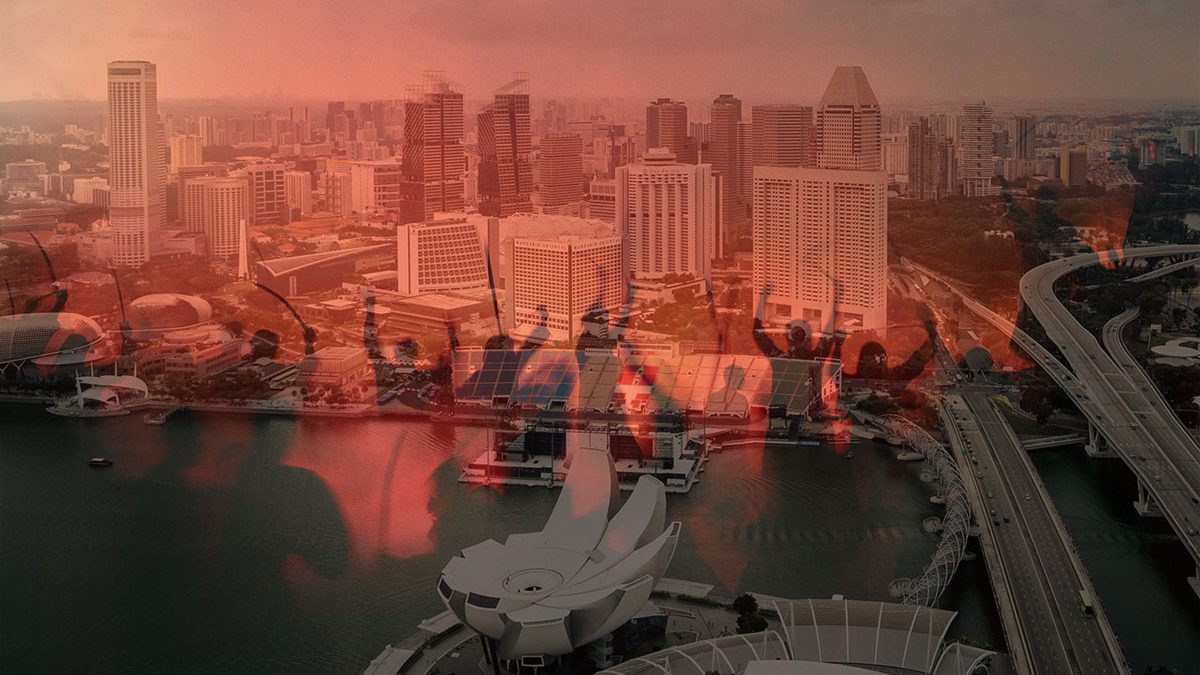 On the 9th of June, more than a million people (according to organisers) took to the streets of Hong Kong to protest against an extradition bill.

Since then, things have been escalating and for the majority of us who have kept up with the episodes of violence and drama that have been plaguing Hong Kong, we’re concerned for the people there. But beyond the superficial worrying, we should also take a moment to consider:

What if this happens in Singapore?

What if, for whatever reason, one million unhappy Singaporeans were to take to Orchard Road to protest?

It’s hard to fathom something as extreme as this happening in Singapore, not just because of the safety, security, stability, and structure that we are so accustomed to but also because of the history of how strict our authorities have been on cases of unlawful assembly. Knowing this, it would have taken a major government f*** up for one fifth of our population to be riled up enough to execute a protest of this scale.

But that doesn’t mean that it will never happen.

What If The Riots And Violence Were To Happen In Singapore?

Take the recent ‘brownface’ advertisement saga and a hypothetical scenario of our government enforcing a strict ruling against the Nair siblings for example. This could very well have provoked the minority groups in Singapore enough to fuel the start of a protest for the siblings to be cleared of charges. Subsequently, this could also be fodder for protestors to demand for more racial equality.

Imagine then, like what happened in Hong Kong, peaceful demonstrations along Orchard Road turn into violent riots with each new protest. Imagine going to town for a night out only to see barricades along the streets, and riot police patrolling wherever you go.

Usually, the presence of law enforcement officers would make us feel a bit safer, but this time, we won’t know if it’s actually going to be safer.

This time, they would be ready to do whatever it takes to establish control on the ground should a protest break out—even if that means innocent bystanders or peaceful protestors become collateral damage.

Imagine going home one night, only for the train to be intercepted by a group of masked men at Bishan (for example) who storm the train station with bamboo sticks, threatening protestors who happened to be in the same cabin.

Brandishing their weapons at everyone as tensions rise with heated exchanges, they would start hitting whoever weren’t on their side with their weapons. Everyone would try to flee the cabin. You run with them, but the masked men follow, hitting anyone and everyone they can reach while chasing after all of you.

You’d get home in one piece that night, but with cuts and bruises.
You thank heavens that, at least, you’re alive, but you also fear for the days ahead, because this is neither an isolated incident nor the end of the chaos in the country.

The protests have already evolved into violent-prone riots all across Singapore. Private and public properties have been destroyed in the process.

Shops, trees, street signs and anything in the way of the protests would have been destroyed.

Lives would have been destroyed too, as people are injured or even killed in these riots.

Most significantly, trust in law enforcement personnel, the government, and your fellow countrymen has been eroded.

When All Of That Happens In Singapore, What Do We Even Do?

Do we wait for instructions? Who do we even take instructions from now that it the government we are protesting against?

Do we drop everything and seek shelter at home?

Perhaps schools will be suspended to keep the kids safe, but what about everyone else in the workforce?

Assuming that life still has to go on, how are our companies, business, or our shops going to deal with all the disruptions in the workforce and economy?

With the mounting unrest across our tiny island and the unpredictability of protestors, it would be impossible to know if it’s even safe to go anywhere. Can we put a standstill to our life at this point then?

Honestly, none of us will know what to do if it actually happens.

Sure, the SCDF has always been running free Community Emergency Preparedness Programmes. There are also the occasional emergency preparedness events to ‘prepare’ citizens for possible emergencies.

But having attended some of these events before, I can testify that all the attendees are a lot more fascinated at the action and special effects (smoke and fire) than the critical messages of what one should do in emergency situations.

I say this because these are also the only things I remembered from the events.

Call me a sceptic, but even if we were to witness this simulation again today, I doubt we would have learnt how to handle such situations as a civilian besides waiting for instructions.

Will We Be Ready To Make Difficult Choices?

Amidst all the mess and uncertainty, most of us would have probably just rode it out, hoping that somehow, somewhere, someone will step out to help us end the mess.

It is only our men (or women) in uniform who have been trained, in one way or another, to maintain law and order here. And for the most part, the rest of us would also put that same onus on them.

Imagine then, in the case where a fifth of the country is protesting to fight for something that our people must have felt extremely passionate and adamant about, there are also Singaporeanswho would be activated by the state to maintain law and order across the island.

In the case where the clashes become increasingly violent, these Singaporeans, who are also our loved ones, would be the ones who are required to follow the protocol to quell the riots: To fire tear gas and rubber bullets at fellow Singaporeans, and to possibly use violence against us if it really comes to that point.

I have trust in our army to protect us against external threats, but it is never the same when you’re talking about ‘fighting against’ your own people—your family and friends.

At the same time, the situation will begin to escalate with each day of inaction by the government. More innocent citizens will be wounded from the clashes.

Three months on, it would come to a point where even Changi Airport has to close all its terminals as protestors take an even more drastic approach.

A woman was also blinded after a bean bag round shot by the police flew into her eye. By now, the police has also admitted to infiltrating groups of protestors so that they could make arrests while undercover.

What’s even scarier is when these police officers are also suspected of planting ‘evidence’ on protestors—which was what happened in Hong Kong just two days ago. The police denied these allegations. But everyone else claims otherwise.

Whatever the case, you start to wonder how much you can actually trust the police and law enforcement as they resort to such underhanded tactics to keep the situation under control.

We Will Never Be Prepared for This

Sure, we have special forces, the riot police and tactical units trained to deal with such situations. But it’s one thing to be trained through lessons and drills, and another to face the real deal.

In such extreme situations, everything will change even after all the riots and protests subside.

Everything from our economy, to trust in our authorities, and every part of our livelihood will never be the same again.

Which brings me back to the point of the safety, security, and stability, that we have been so accustomed to in Singapore.

It is because of the peace that we have right now that makes it even scarier to think about that scale of chaos in Singapore. But it is exactly what is happening in Hong Kong, and it’s a reminder that nothing is ever permanent. So at least for now, we should be thankful for what we have: peace.

Also read: The War Against OT: Why Staying Back Late Doesn’t Make You A ‘Good’ Employee.

Why We Love, And Yet Love To Hate On Singapore
Truth: Mid-Autumn Festival Is Nothing More Than A Mooncake Buffet
To Top