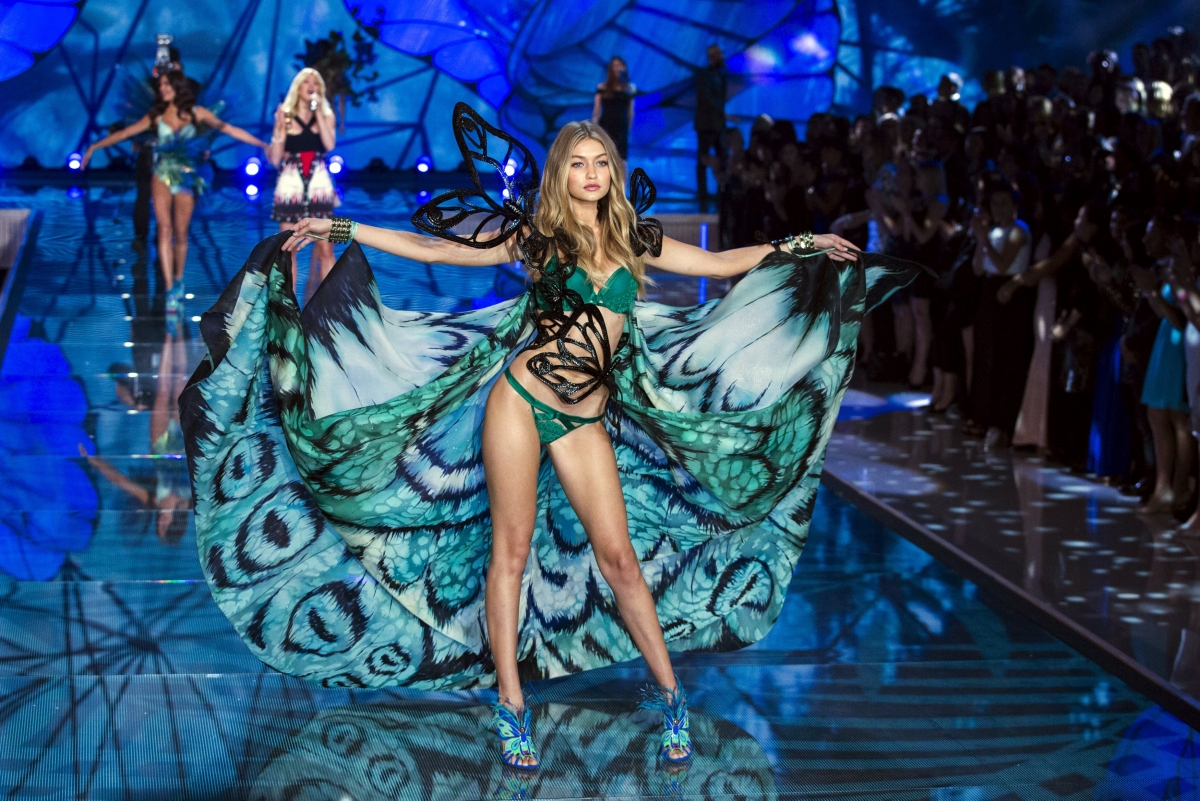 When Starbucks starts rolling out their signature red cups, it’s official – the most wonderful time of the year has arrived. You know, the one where the capitalist giants of the world employ mythical figures to convince us to buy overpriced and probably unnecessary swag. And before you start calling me a grinch, I don’t mean Christmas.

I’m talking about the Victoria’s Secret Fashion Show (if my title wasn’t a dead giveaway).

Every year, the VS Executive Producer Ed Razek handpicks his angels and bestows the highest honour of strutting their barely-there stuff for the lingerie event of the season. It’s pomp and pageantry to the nth degree- think feathery showpieces, light-up “wings” and the million dollar Fantasy Bra. Needless to say you won’t find anything worn by the VS Angels at their Mandarin Gallery flagship store.

Sure, the show is a bit of harmless fun. They’ve got a good concert going with Lady Gaga and The Weeknd slated to perform, plus it’ll be held in Paris for their 20th anniversary splurge (you guys, this show has been going for TWENTY YEARS?!). But for all the outrageous costumes, cheery model personas and celebrity performances, there is still one unifying factor – their out of this world bods.

Maybe you are one of those people that can sit through the parade of bedazzled decolletage without wanting to dive headfirst into a pint of ice cream (I’m not). Or maybe you use this annual dose of legs for days as fuel for next year’s fitness goals. #NewYearNewMe, amiright?

But before you sit down to plan your 2017 workout schedule, here are two things you have to know:

1. They work INSANELY hard to get those bodies

Insane in a please-do-not-put-your-body-through-this kind of way. Aside from putting in gruelling hours at the gym and subscribing to a clean eating routine that makes grabbing dinner with friends a real ordeal (spoiler: goodbye carbs, goodbye red wine), VS models do take things to the extreme. Example – Adriana Lima revealed she’d been on a liquid diet for over a week pre-show to shed weight.

2. Sometimes, it’s just in your DNA

And that’s a hard fact to swallow. Reality is a key element missing from the VSFS. From the ridiculously toned bodies on our television screens to the bikini clad images flooding our social media, it’s so easy to forget that these sort of figures are not the norm. By all means, use VS models as workout motivation but don’t make their bodies your absolute goal. And especially don’t try to emulate any of these bikini-body trends.

Models like Bella Hadid and Emily Ratajkowski have been flaunting their ab cracks on Instagram like they got it from their mama… which, let’s be honest, they did. That shallow, defined ditch running down the center of their stomach is called the linea alba. And while you can train your abs and make them more pronounced, you can’t change their structure. That’s to say, it’s more than just working your core and having low body fat – you literally can’t split your abs if you weren’t born that way.

Last year, the Kardashians truly being the gift that keeps on giving, gave us the “thigh brow”. It refers to the crease just under your hip bones that appears when you’re bent over or kneeling – apparently it indicates you’ve got booty. I say you should be doing your squats anyway, thigh brows or not.

Another worrying trend that popped up in 2014 was the “bikini bridge”, where the space created between your bikini bottom, protruding hip bones and concave stomach when lying down was suddenly oh-so desirable. You could probably achieve this by buying bathers several sizes too big… but don’t.

All hail the thigh gap, the mother of all bikini trends. This myth has been debunked many times, but to do it once more won’t hurt. Once again, it comes down to bone structure. Getting that sliver of space between your inner thighs can be attributed to lean muscles, but it also has to do with the width of your hips and how your femoral heads are set. And there ain’t nothing you can do about that.

Having said all this, definitely do still watch the Victoria’s Secret Fashion Show if you were planning to. It’s the perfect occasion to settle in with some ice cream, listen to Lady Gaga’s latest album and cheer on the models – after all, each step they take is one step closer to being able to eat solid food again.